art in a pinstripe suit

Who's Who at Artnet

prints as an investment

what is an original print? 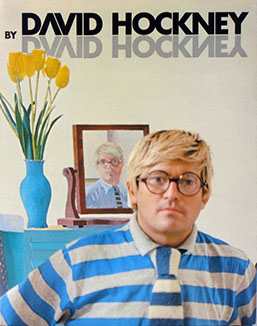 An exhibition to celebrate David Hockney's 60 years as a printmaker broke records at London’s Royal Academy last year. Curator Richard Lloyd described Hockney as "one of the most prolific, diverse, technically astute printmakers alive." Lloyd, head of prints at Christie's in New York, said it is no coincidence the fledgling artist resembles the painter Stanley Spencer. Hockney so admired his work that he was aping the pudding bowl haircut and National Health glasses, and had even taken to pushing his art materials in a pram around Bradford, Hockney’s home town in Yorkshire Hockney's printmaking education continued when he arrived as a penniless student at the Royal College of Art and learned that, unlike the painters, printmakers got their materials free.  He was immediately spotted as a rising star. When the college wanted to publish a book of his Rake's Progress series, set in New York but inspired by William Hogarth's 18th-century originals, he was persuaded to expand the series from eight to 16 prints. To get these, he acid-etched 50 plates, generating fumes so powerful that, even with the materials stored on the balcony of his flat, the wallpaper peeled. The fumes were useful, he observed, making it impossible to sleep and therefore ensuring he got more work done. Lloyd says Hockney's constant experimentation and innovation – "It's one of the things I find endearing about him; as soon as he thinks it's easy he moves on" – caused him headaches as a curator, but in the end he decided that the artist's experiments with photocopies, faxes, computer drawings and the recent iPad works could all properly be regarded as prints and therefore included.

From Illustrations for Fourteen Poems

Lithograph of Water Made of Thick

and Thin Lines and a Light Blue Wash

and a Dark Blue Wash”